HeroElement is proposed by @panicker. We extend it a bit here. In short, HeroElement is an important element in web page which is specified by web developer.

With HeroElement, user agent could easily distinguish critical part of web page and optimize it. Web developer could have a clear picture of the important element.

The basic idea of HeroElement

We found the optimizing of first screen content paint will be more effective if we know the exact elements which are shown in the first screen. The concept of HeroElement proposed by panicker@ is used in ElementTiming. We add speeding-up into HeroElement. According to QQBrowser’s experiences we know web developers care about the first screen content paint’s finishing time. So we add the event notification into HeroElement. Baidu once proposed first screen paint optimization with render optimization policy in 2014. After discussing with them, we think we could work in this direction further.

I’m not sure if this stuff about HeroElement has been discussed before. Any suggestion is welcomed:) @igrigorik, @panicker

Speed up: speed up the process of HeroElement

Aren’t browsers already processing every element as fast as they can? What should the browser do differently to speed up the element?

Aren’t browsers already processing every element as fast as they can? What should the browser do differently to speed up the element?

We could try these two ways speed up the element:

Priority system of elements is very thorough. We could make good use of resource during the early stages of navigation.

I don’t think you ever want the browser to stop parsing. That would slow down the overall page load. It sounds like you just want to force a layout after that element is loaded.

I think I basically agree with AshleyScirra, associating prioritization thing into the Hero Element idea seems to limit several potentially interesting usage scenarios, it feels that problem should be separately addressed by the Hero Element idea that was inherently designed for different purpose-- i.e. measurement?

It sounds like you just want to force a layout after that element is loaded.

Yes, that’s right:) Besides speeding up, the content of next paint could be forecast.

Yes, I do agree with priority system idea.

I’m thinking the scenarios of using low priority(Suppose we have 3 priorities: high\middle\low). Such as: We could ‘low priority’ comments, folded content… With a certain parse policy, the whole page load could be speedup. Or other interesting scenarios? Besides changing parse policy and sub resouce priorities, do we have other ways to optimize? @AshleyScirra @kinuko

If this is a hint to browsers for rendering wouldn’t it fit more into CSS?

CSS already has will-change so there’s precedent for these sort of attributes there. It also means we’re not having to make changes to our documents for presentation purposes.

Even more useful is that you may actually want to change your prioritization based on media queries.

If this is a hint to browsers for rendering wouldn’t it fit more into CSS?

As we want to optimize the process of parse, we need to distinguish “the important element” during parsing, so we should use element attribute instead of CSS for CSS could locate an element only after it has been applied. 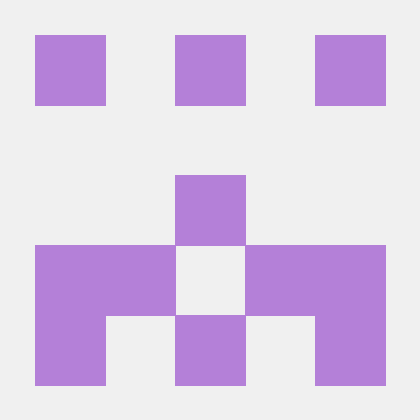 similar to the discussion about “call to action” links Proposal - optional role for <a> to indicate if it is a ‘call to action’ to a screenreader user, i’d say that instead of making one specific new element or attribute to denote a hero, it would be far more sensible and flexible to allow for a more generalised way to define importance/priority (as an attribute, rather than new element type)

I’d be worried about misuse. I can already see developers wrapping every element with HeroElement because they think or were told it would “speed things up”. But of course if everything is a hero, nothing is a hero.

It sounds like the idea here is mostly for things like “hero slideshows” at the top of the page, some sort of way for speeding up the performance of sites that utilize that pattern because those can get heavy. First I’d examine what patterns are available today to not run into such a optimization bottleneck in the first place (lazy loading).

I feel like a lot of emphasis is put into rendering “above the fold” content, but there is no fold in web design. If your websites supports the URL hash to deep link half way down pages, which it should, then a user might not land at the top of the page at all. So I would be considered with an element that is off canvas being “sped up” because that means the things I’m actually viewing are slowed down.

I think web components and progressive rendering should also be considered in this discussion. It is possible that within the next few years, modern web apps will become much more modular. The app could consist of independent components, each with their own top-level custom element, JavaScript module tree and set of style sheets (no more global bundles), and these components would then be sequentially rendered, as they’re encountered in the HTML document.

I think the risk with even just a prioritization system is that browsers already have pretty good heuristics around how to prioritize the requests and rendering of a page. I think there’s a good chance a dev will naively make some big element a high priority, and actually end up de-optimising the page, because it blocks something actually more important like the CSS for it. We should try to avoid performance primitives that are easy to use incorrectly. But I don’t know how this could be adjusted to be difficult/impossible to use incorrectly.

Agree. Using priority is more generic. “Call to action” link looks like a perfect use case to element priority system.